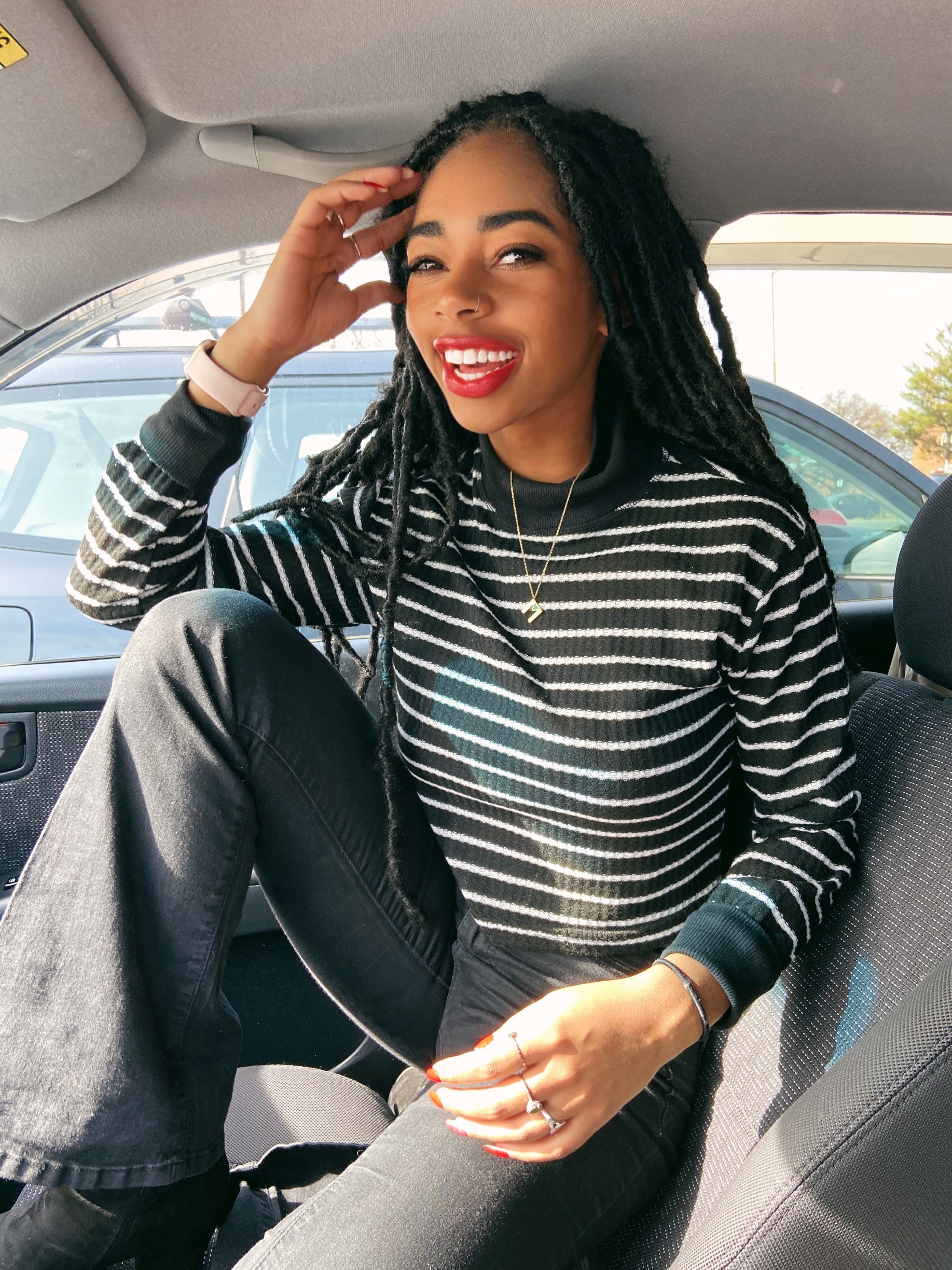 At a time when TikTok users are scrambling to craft their own versions of the latest dance crazes, a 20-year-old Irish Dancer is blazing a trail of her own.

Instead, she choreographed an original hard shoe routine with lightning-fast steps. In a cropped black t-shirt and athletic shorts, sparkling rhinestones atop her shoes, Morgan captured the dance in a short video. On May 2, she posted to her TikTok account, @yourangleyuordevil and Twitter, @Morrghan.

“I started to notice it getting a lot more attention than my usual videos within hours of posting it, but the morning after was when I realized it was going viral,” she says. The following day, she also put the video on Instagram, @morgvn.elizabeth.

Across all three platforms, the video grabbed the attention of celebrities and Irish Dance heavyweights, with an invite from “Riverdance” Associate Director Padraic Moyles to perform with the troupe and praise from the show’s composer Bill Whelan.

She swept headlines in multiple Irish news sites, and was even invited by Prime Minister Leo Varadkar to perform in Ireland for St. Patrick’s Day next year.

“We’d love to have you over,” he tweeted.

In the U.S., Tina Knowles, the mother of Queen Bey herself, reposted the video to her Instagram.

“That was like a heart dropping moment,” Morgan says.

Morgan identifies as African American and has Native American and Irish heritage. Some have responded to the video to say Morgan is the first dancer of color they’ve seen perform Irish Dance.

This connects with Morgan, who knows how it feels to not have black Irish dancers to look up to.

“There were a few black Irish Dancers that I knew of, but I didn’t have anyone really to look to on a wide scale, so it’s really cool that I can be that person for people who might be interested in doing something like this and didn’t think they could,” she says.

Writer and broadcaster Emma Dabiri, who describes herself as Irish-Nigerian with a Trini twist, interviewed Morgan about how she “broke the Irish Internet” and sent her words of praise on Twitter. “For Black Irish people such as myself I can’t tell you how especially inspiring you are,” she wrote.

But there were some who were not as kind, with racist remarks and (incorrect) claims that Morgan was appropriating Irish culture.

“I try my best to ignore them,” she says. “Sometimes I respond, but I try to respond with respect because, of course, these people don’t know me in real life. So, they’re going off of what they see online. And I mean, it is what it is. People will always be negative online.”

“It’s been crazy, like the response I’ve gotten from other people of color who, of course, haven’t seen this done before,” Morgan says. “And they’re like ‘wow, I never thought that this is something that I could do or be interested in.’ That’s been some of the best to come out of this.”

Morgan is no stranger to trail blazing.

At the Baffa Academy of Irish Dance, where she currently trains, Morgan was the school’s first Worlds recaller. She has been to the World Championships four times, where she landed in the top fifty twice. She also placed fourth in the Southern Region Oireachtas in 2017 and 2018. 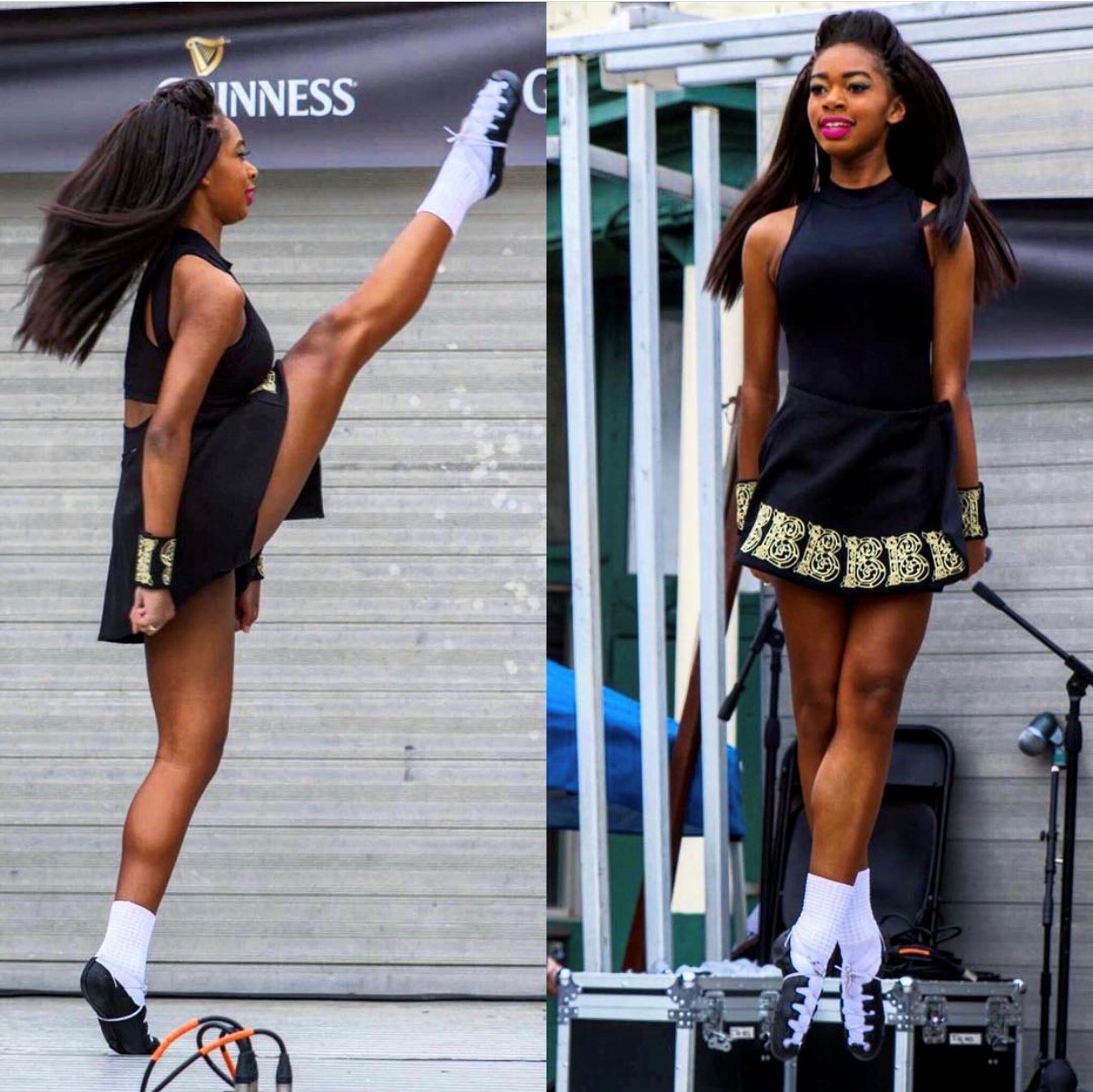 An aspiring elementary school teacher who also dreams of performing professionally, Morgan sometimes assists with beginner dancers when class is in session.

“She really is a beautiful person inside and out. It’s really not surprising that Morgan’s style, talent, and beauty has now been discovered by so many people around the World,” says her teacher, Jessie Baffa, in an email. “There are no words to describe how proud I am as her teacher.”

Morgan calls Jessie her “biggest dance inspiration” and mentor. So, when her fame came on swiftly and suddenly, Morgan turned to Jessie for advice.

“She’s been calming me down with any anxieties I might have with this, and just been like ‘don’t feel pressure to do anything, to post or anything, just do what feels natural to you,’” Morgan says. 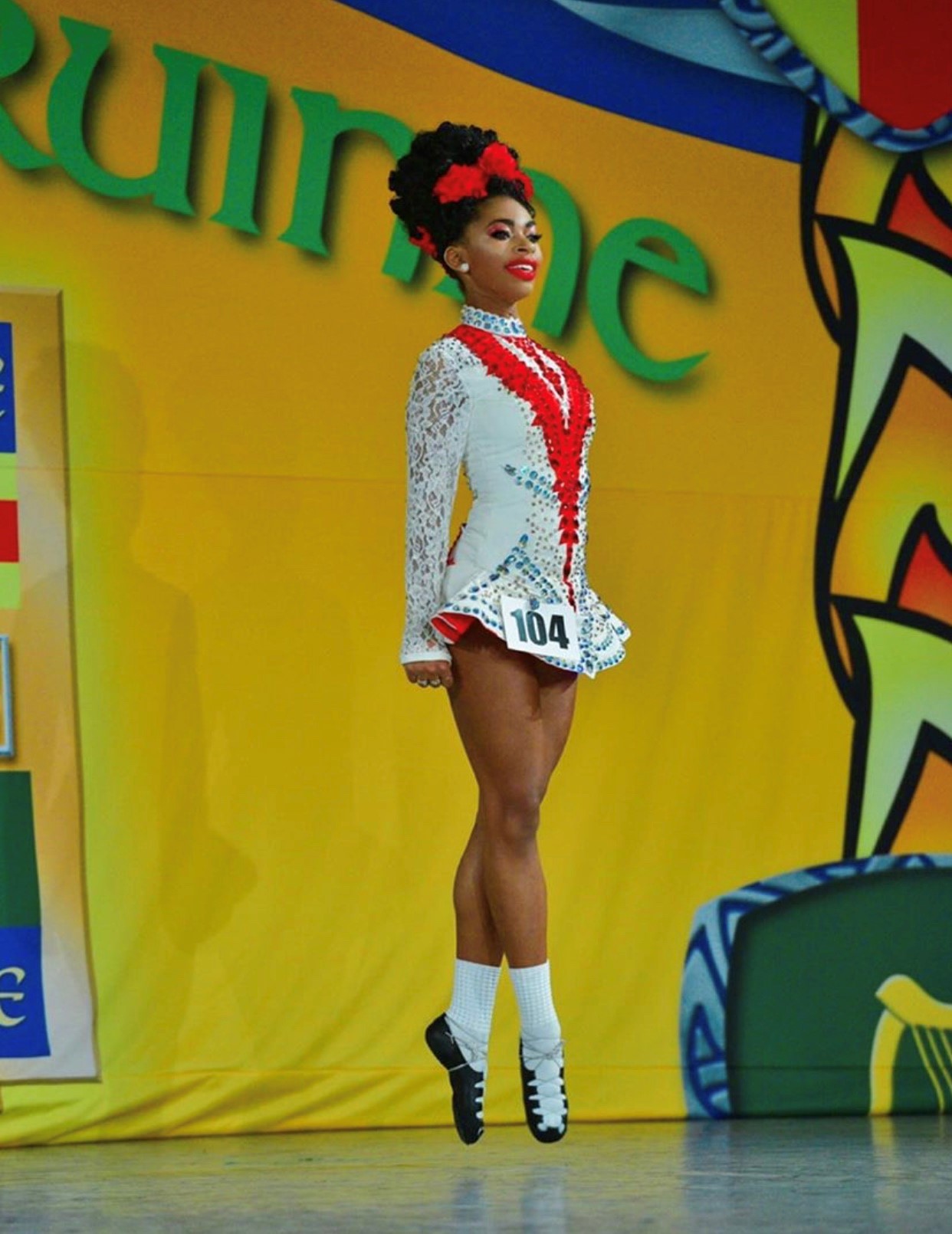 Morgan is a world class competitive Irish Dancer.  Pictured at the World Championships in 2019

Morgan took the past year off of competing because of injuries, but has spent quarantine getting back in shape in the hopes of competing again.

“Just ‘don’t put yourself in a box. Don’t let people tell you what you can’t do,’ because, I mean, obviously the huge thing here is that I don’t look like most Irish Dancers, or what you would think most Irish people even look like,” Morgan says. “But, have fun. Pursue your interests. You never know what you could excel at if you keep yourself in a box and you don’t let yourself just try things that might be a little unorthodox.”

To read more about Morgan's dance journey, SUBSCRIBE NOW to Irish Dancing Magazine! Morgan will appear on an UPCOMING COVER as a featured dance of the month! Subscribe to the NEW online edition or classic print edition for as little as $5.00 a month ($14.99/ quarter). CLICK HERE TO HEAD TO OUR SHOP PAGE!

This article was authored by IDM's feature writer, Maggie Gilroy.

To read the latest Irish Dancing news - head back to our homepage - CLICK HERE!

Irish Dancing Magazine (IDM) is the essential resource, both in print and online, for all Irish Dancers, teachers, and industry professionals. IDM is the BEST and ONLY print magazine for the industry; continuously published for over 20 years!

What is Irish Dancing Magazine?

Published monthly, IDM contains the latest results, news, and photos. Meet dancers from all over the globe. Dancers and adjudicators share advice PLUS learn about the latest trends. Don't miss a single issue!